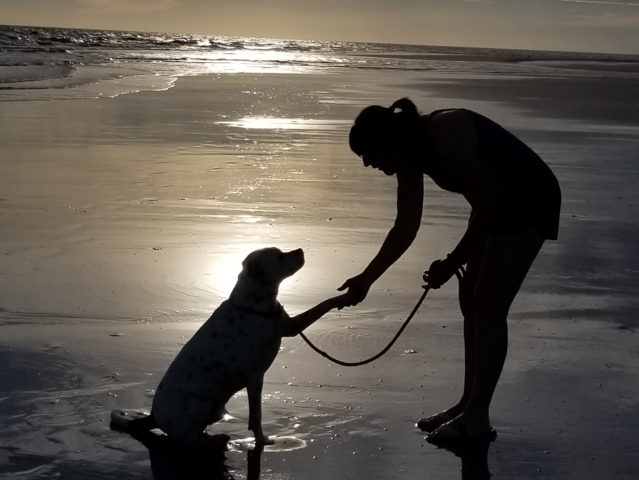 Posted at 22:34h in Company by Pet Evac Pak 0 Comments

It was early 2014 and our co-founder, Michelle, had just lost her deaf Dalmatian, Raven.  This is the story of how she got through the heartbreak and found a new purpose and a very special friendship.

It took several months before I was ready for another dog. I normally rescued older dogs that no one wanted but this time I wanted a younger dog that I could train as a therapy dog.

The search was on.  For several months I searched through local rescue sites, shelters and internet sites.  Then I decided to expand the search and up popped this cute little white puppy with black spots standing in a John Deere tractor bucket.  He was listed as a Dalmatian mix and his eyes drew me in. I contacted the rescue to get his story. They said he had been dumped at 4 weeks old and wound up in a high kill shelter in Denton, Texas.  He was 2 days away from being euthanized when they pulled him. He was placed with a foster and was available for adoption. 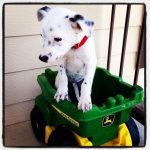 I immediately filled out the paperwork and submitted it.  Once approved, I started making arrangements to have him flown from Texas to Nevada.  It was the end of July, which was very hot in Nevada. Because of the heat, the airline would have to do an overnight layover in Denver and fly him into Reno the next morning when it was cooler.  That wasn’t going to work, so I booked a flight on Southwest to pick him up.

When I landed at the airport in Dallas, my heart was pounding and my eyes were watering.  I was so excited. When I walked out of the terminal, there stood the foster mom with the cutest little puppy I had ever seen.  It was love at first sight. We both started bawling. She really wanted to keep him but lived in an apartment so she knew it wouldn’t be a good fit for an active dog.  Her son had named him after Marshall from “The Paw Patrol”. It was the perfect name.

On the return flight I could tell I picked the right dog for the job.  The flight attendants sat me in the last row of the plane and took turns sitting down next to me to pet the puppy.  He was able to fly in the cabin with me because at that time he only weighed 10 lbs.

Back home, the training started right away.  At about 4 months, we signed up for obedience training.  That’s when I realized how smart he was…and stubborn. But by the time he was a year old, he was off-leash trained and it was obvious how much he loved people.  He got his AKC Canine Good Citizen and his Therapy Dog certification within the next month.

Marshall is now 4 years old, and for the past 3 years, he has visited a children’s hospital every Thursday for two hours and lets them love all over him, does a host of tricks and puts smiles on so many faces. He also visits a senior home on Sundays and local hospitals to visit some special friends.  Our next project is working with the Red Cross and Reno-Sparks Pet Therapy (RESPET) to become part of the Disaster Response Pet Therapy teams.

My husband and I also volunteer as foster parents with the Dalmatian Rescue of Colorado.  Marshall has taught many spotted dogs how to play and be part of the pack. I haven’t done a DNA test, but I am pretty sure he has a lot of American Bulldog in him.  And every day I wonder who really rescued who….. 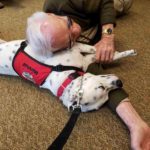 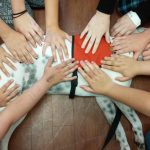 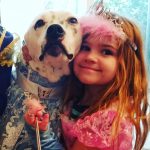 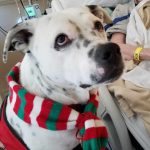 Tell us your rescue story!